American technology media CNET recently wrote that Amazon Alexa, who shines at CES, is proud of the recent spring. It seems to have won the battle of smart home and voice assistant overnight. However, foreign media believe that this victory is only temporary, Alexa lacking global influence is very fragile, and its throne is easily taken away by competitors. 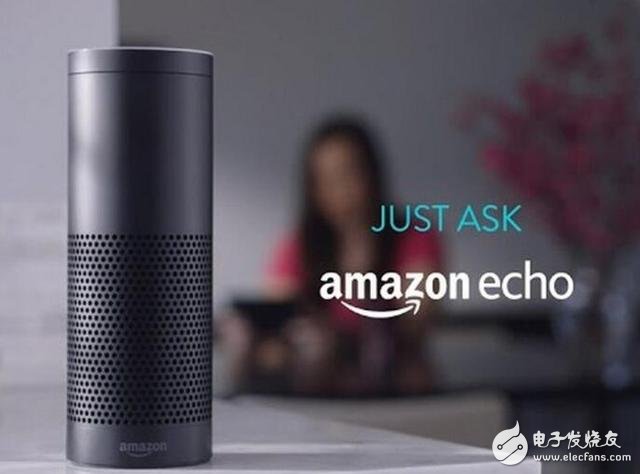 This year's CES, to say that the real star products, I am afraid not to compete with Amazon Alexa, its soul has almost possessed a variety of equipment from mobile phones to cars, Amazon is already in the smart home and voice assistant community Created new industry standards.

This statement is not intended to be exaggerated, but it must be followed by a qualifier - the US and UK markets. If you live in a country where there is no Echo sale, Alexa is just a name in the news for you.

The author said that these words are not with the sour grape psychology, because in order to gain absolute dominance in the smart home field, it will be very important to gain global influence in the future. Just serving one or two markets will not help Alexa to keep its own. throne.

Today, Amazon Alexa only landed in the US and UK markets. This is not the case for Bezos, but because Alexa wants to make money, it must integrate with Amazon's services (such as helping users order products at local Amazon).

Suppose you are in Australia, you can't buy many Amazon products, because shipping from the US is too much trouble. There are only Kindle, Audible and Amazon Prime video services, and in order to completely move the entire Alexa experience, Amazon must invest heavily in infrastructure such as warehouses in Australia, and it is a bit expensive to sell a few Echo speakers. Not worthwhile.

The essence of the smart home platform is not to sell several specific services and products. Its real meaning is to seamlessly connect the home appliances and lights, so that people can control the home appliances or get weather, news and other information at any time. Amazon Alexa has done a good job in these areas, so Alexa is a very easy platform for hardware manufacturers, so they have extended an olive branch to Alexa. However, once in the United Kingdom and the United States, hardware manufacturers will immediately ignore Alexa.

Therefore, Alexa's rule is very fragile. After all, it's just a piece of software, and it's easy for hardware vendors to replace it. At the same time, Amazon does not actually control these vendors. They are only cooperative. Once there is a new product that surpasses Alexa, everyone will immediately lose their guns. The speed is probably faster than that of CES this year.

This is not the author's delusion. On the IFA four months ago, LG announced that its smart refrigerator will support Microsoft Cortana, but the time shift is easy. At CES, these refrigerators have changed Alexa's "heart". These refrigerators do carry Alexa when they are sold in the US, but out of the US market, it may be replaced by Cortana or LG's own webOS.

Lenovo's smart assistant speaker is also a good example. In the US it used Alexa, but in China, its internal voice assistant was replaced by AISpeech.

This is probably a big problem that plagues Amazon. Are they willing to push Alexa to the world in the absence of services and goods? Although such Alexa will be stupid, some basic functions are still very useful. Most importantly, this move will help Amazon lay the lead in the voice assistant industry.

It is worth noting that many of Alexa's diehard powders have already bought Echo home for use, but they found that it would take a lot of effort to play smoothly. First of all, in order for it to work properly, you must adjust the time to the time zone of the United States or the United Kingdom, which is not only troublesome to use, but also very unstable.

When Amazon launched Echo in the UK, it did a lot of localization work. The accent and culture of the speakers were specially adjusted for the British users. This localization work is quite complicated. Except for a lot of money, the time spent is not measurable. . In this context, I am afraid that any company will be discouraged from global promotion.

If Amazon still sticks to the United States and Britain, then its opponents can take advantage of it. After all, for smart home products, the installed capacity is everything. If there is no user on a platform, developers will soon forget it.

In fact, the smart home market has been in a tepid state in recent years, because the products on the market do not have any attractive selling points. However, Alexa has unexpectedly emerged, it once again ignited the enthusiasm of the market, and competitors have entered. For a group of manufacturers on the market, if you don't hurry, you will soon be forgotten. However, the door to the smart home market will not close because more and more people in the world are eager to make their home smart.

Finally, we still want to thank Alexa for its contribution to the smart home industry, and under its guidance, the popularity of such products is accelerating.

However, whether Alexa can laugh at the end is still unknown, because at this stage its rule is too weak.

Feyvan Electronics has already produces many other different kinds of cable assemblies for our customers, cable examples as medical Wire Harness, industrial equipment cable, TPU coated spring wire harness, VGA cable, USB cable, FFC cable and so on. Feyvan's engineers develop solutions to connect flat cables, single wire and round cables together with a variety type of connectors. All the cables and connectors can be purchased from China with UL approval or imported from other countries as your needs. Due to low labor cost in China, we are sure to have competitive prices to cut your costs a lot.