Going out without cash or bank card, you can take the bus, take the subway, go to the mall or the convenience store for shopping, or even transfer the money between friends with a mobile phone. The domestic vision is gradually realized. Operators, UnionPay, banks, and third-party payment companies have merged into the market to get a share. In order to comply with the trend of this mobile payment era, analog semiconductor leader AMS is also actively deploying a series of high-quality products such as antenna active amplifier technology and AS3922 chip, and strive to promote the popularization of NFC technology.

We know that mobile Internet has become the fastest growing market in the world with the greatest market potential, and is accelerating the penetration of all aspects of consumer life and work. In the mobile Internet world, mobile payment will become the third cornerstone of high-speed networks (3G and 4G) and smart mobile terminals. At the national level, a number of major industrial policies are being developed in key areas such as the Internet of Things and mobile payments. These industrial policies will have a guiding effect on the development of the mobile payment sector, and then become a continuous improvement at the market level.

Previously, the White Paper on China's Online Payment Security issued by the Financial Research Institute of the Development Research Center of the State Council predicted that mobile payment will show explosive growth. It is expected that the total scale of China's mobile payment industry will reach 385 billion yuan in 2014, to the 2017 China mobile payment market. The transaction scale will exceed 2 trillion yuan, and the growth rate will exceed 50% in the next few years. Correspondingly, Mr. Mark Dickson, Marketing Director of the Austrian Microelectronics STWC Business Unit, said that from a global perspective, China is the fastest growing NFC technology application. 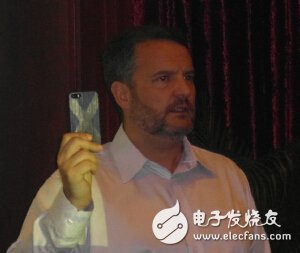 Interpretation of the Advantages of Antenna Active Amplifier

According to Mr. Mark Dickson's analysis, driven by mobile payments, although NFC has entered an accelerated development track, many organizations also expect the global mobile payment market to continue to expand in the next 3-5 years. However, there are still many development restrictions for NFC. For example, hundreds of millions of old mobile phones still do not have NFC functions. Today's existing SIM and microSD NFC products require additional external auxiliary antennas, SIM and microSD cards. The size of the antenna, and the size of the antenna is precisely the key to the performance of passive load modulation. 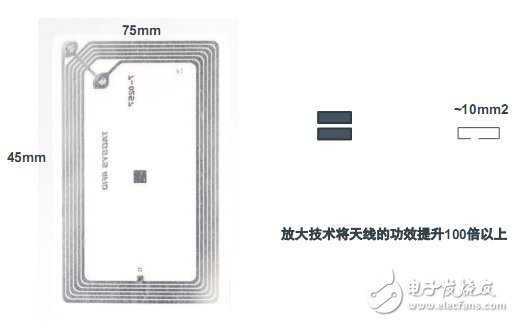 The AcTIve Boost technology, which is innovatively developed by AMS using deep analog technology, will change this rule, making NFC a plug-and-play feature for devices with microSD, SD card, and SIM card. The antenna size using AMS amplifier technology can be very small, so that the credit card-sized antenna can be made as small as a MicroSD card, and the amplification technology can increase the antenna's efficiency by more than 100 times, and the data transmission speed is fast, which is in NFC. The field has a very broad application prospect.

In addition, the antenna amplifier technology of AMS is also very suitable for use in wearable devices. Due to some limitations of the wearable device itself, the NFC function must be considered in many conditions when used in a wearable device. For example, a ferrite film may result in a higher cost of the NFC antenna. The installation of the antenna limits the design of the original equipment manufacturer (OEM), and the operation of the card simulation mode cannot be performed efficiently when approaching the metal. In response to this, AMS solutions can handle these problems well, such as antenna amplifier technology can reduce the size of NFC antennas, linearly reduce the cost of the solution; because of the small size of the antenna with boost technology, OEMs can make simpler product design In operation, the signal is more than 700 times higher than the passive load modulation, and can operate normally near the metal, making material selection and industrial design more flexible. 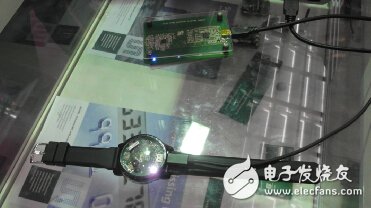 There are also some smart watches that will put NFC on the surface of the dial or on the strap, so sometimes the arm needs to be turned when reading, the user experience is not good, and the NFC using AMS boost technology is convenient for the antenna to be installed. Inside the watch body, there is no need to adjust the position of the hand when recognizing. In addition, traditional NFC devices are difficult to find the best identification location in the absence of active antenna amplifiers, while active antenna amplifiers can help users quickly read and write operations. These are very helpful to enhance the user experience. 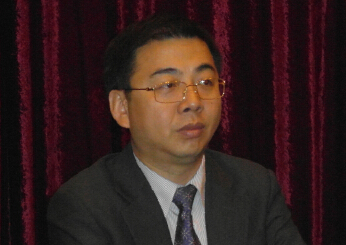 Mr. Zhang Jianchen, General Manager of Austriamicroelectronics China, added that AMS's antenna amplifier technology is not only in the field of mobile payment, but also in many applications in the fields of access control systems, transportation, e-government, games, etc., and has been well received by many customers. AMS's AS3911 outperforms other NFC chips in performance. It has an antenna auto-tuning function that automatically adapts to the environment, has a simpler design, ensures success rate, and AAT (Actenna Auto-Tuning) technology detects and powers multiple tags. It does not degrade performance; it features low power consumption, which consumes the lowest power consumption when detecting cards and reading cards; and is easy to pass EMVco and EMVco2.x certification; it has capacitive wake-up function and built-in low-power system wake-up function The wake-up polling by the IC itself has high (1 W) RF differential output power and integrated EMV special error handling function. Its 1W output power can make the terminal get rid of the external power amplifier and enhance the user experience.

The mobile payment market needs healthy and steady development. It is indispensable to seek more ecological cooperation, especially on information security issues. In this regard, Mr. Mark Dickson said that the first NFC payment solution is a safe mobile payment method. In addition, the security issue needs to be resolved by the entire mobile payment industry. AMS is also actively promoting NFC payment security. Has cooperated with some leading companies in technology and semiconductors, such as Freescale. On the one hand, MCU manufacturers will make MCU&NFC components to better utilize the high-performance advantages of NFC. On the other hand, combined with the security unit corresponding to mobile payment, the security of payment can be effectively guaranteed.

Mr. Zhang Jianchen also revealed that there is a data that can fully demonstrate the superiority of AMS technology. Today, 8 of the top 10 retail terminal manufacturers use AS3911 for product design, and in the first year of AS3911, sales have gained double-digit market share.