Li Kaifu said that Mito is a top-level artificial intelligence company. What is going on here?

September 27 12:05:49, 2021
On December 15th, Mito will ring in Hong Kong and become the second largest Internet IPO of the Hong Kong Stock Exchange after Tencent. Currently, Mito has been priced explicitly at HK$8.5, which is in line with the previous market expectation. The reason for conservative pricing is the lack of a reference system for Meitu in the market. Mobile internet companies are divided into tools, communities, e-commerce, content, and games. Mito is an alternative: tools start up, but they also involve in community and content businesses. , and even involved in hardware to start Mito mobile phone.

However, what the industry may not have noticed is that Meitu also has an opportunity for artificial intelligence.

Artificial intelligence into the air outlet but AI company rare 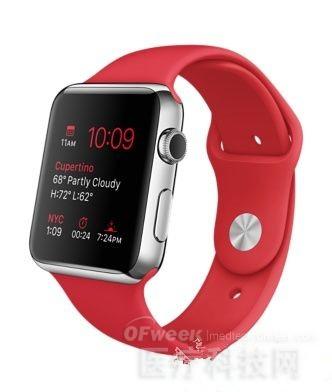 Why is Meitu an artificial intelligence company?

Relying on Mito Xiu Xiu's app started with this app to give many people the impression that it is a tool company, similar to what the Cheetah. The difference is that Mito has achieved community-based and content-based photography through the American beat, and has made great achievements in the mobile phone industry. However, one of the bigger differences between Mito and other mobile internet tool applications is that it has artificial intelligence, a professional smart image application company.

First, Mito has the world's largest database of people. Mito's business is centered on "beauty" regardless of software or hardware, including Mito Xiuxiu, Beauty Camera, BeautyPlus (Beauty Camera Overseas Edition), Mito Mobile Phone, Beauty Shot, Beauty Camera, Self-portrait The product matrix already covers 1.1 billion devices. The common point of these applications is "to deal with portraits." Mito accumulates the world's largest portrait data through a huge application matrix. These data are marked, structured, and narrow, and have more application value. Big data is not about "big" but about data value.

Second, Mito owns the world's leading image processing algorithms. Mito does not only have a huge amount of data. Mito's products are always doing the classification and processing of images. Both beautifying software and Meitu mobile phones can accurately process photos and make the user's photos more beautiful. .

In June of this year, Mito released the Mito M6 and I was fortunate to be on the scene. What impresses me is that this phone uses AI technology for better image processing, and earlier than Huawei Mate9 introduced artificial intelligence. Mito official introduction said: "We use Google training AlphaGo technology to process photos.", Including M-Face, M-denoiser, M-Color, M-Beauty and other technologies from focusing, noise reduction, color and beauty multiple dimensions Process photos. What Ia€?ve seen is that Meitua€?s algorithm for processing big data of portraits has been pursuing a€?intensive farminga€?, and she has done what she wants to do in this area. This is the right way to apply artificial intelligence. As Li Kaifu said, artificial intelligence needs to be very clear. Borders cannot cross domains.