The difference between air purifier and humidifier 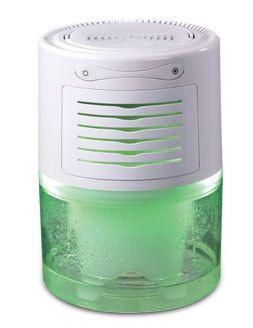 Nowadays, the quality of air is getting worse and worse, and people's demand for air purifiers is increasing. Air purifiers and humidifiers are different.

Air purifier and air humidifier have different functions. The air purifier adopts activated carbon and other adsorption and filtration substances to circulate and purify the air. At the same time, it also equips with ozone ions to sterilize air, so that harmful floating substances and bacteria in the air are purified. Drop it.

The humidifier only increases the humidity of the air through the mist, and part of the humidifier can also release a large amount of negative oxygen ions in the atomization process, which can effectively increase the indoor humidity, moisten the dry air, and combine with the floating smoke and dust in the air. The precipitation also effectively removes paint, musty, smoke and odor, making the air more fresh. But much lower than the air purifier.

Negative Oxygen Ion Function: Negative oxygen ion is the oxygen ion produced by oxygen molecules through the air generator's electron generator. In fact, in life it is accompanied by us all the time, in the forest, the waterfall area, its concentration is as high as 5000000ions/cc, but in the modern urban residence, its concentration is only 40-50 ions/cc, such a low concentration The bacteria are extremely active and cause physiological disorders in the human body. In a long-term use of air-conditioned air-conditioned rooms, the concentration is as low as 2 5 ions/cc or less, which can already cause physiological diseases.

It can be seen that negative oxygen ions in air purifiers are extremely important to our lives. It can improve human heart and lung function, increase lung capacity and lower blood pressure; it can improve sleep and stimulate people's spirit; it can activate various enzymes in the body and promote Metabolism enhances disease resistance; negative oxygen ions combine with bacteria to cause structural changes or energy transfer of bacterial viruses. Causes the death of bacteria and viruses, and no longer forms new species; Negative oxygen ions also have the effect of fresh air. It combines with the floating smoke dust in the air and uses electrostatic treatment to make it precipitate. The minimum dust mite purification capacity can reach 0.001um. Most of the air purifiers introduced on the market have negative ion generation function, and the concentration - like 3000000-5000000ions/cc can constantly purify the surrounding air.

Ozone function: ozone can effectively remove all kinds of bacteria, viruses, odors and toxic gases released after the new home paint is mainly formaldehyde. The function of the humidifier is to atomize the liquid water and then blow it out. Normal steam is naturally gasified after being heated, and water is exothermic during gasification. Therefore, boiling water releases steam at temperatures higher than 100 degrees. The humidifier is based on the principle of ultrasonic atomization. Blowing cold water into small droplets with high speed air is not completely gasified. And small water droplets evaporate easily. Evaporation is endothermic. So it feels cool and can increase the humidity in the room.